On his way to the Philippines, our guide explores Tao Yuan International Airport on a stopover, and explains some of the many reasons why this is one of your favorite airports in the world.

ARRIVAL IN AND DEPARTURE
FROM LAX AND TAO YUAN

It would not be surprising that you rate Los Angeles International Airport to be the second worst airport you have ever been to in the world. In numerous arrivals and departures through LAX over the years, you cannot recall a single non-negative experience there. Upon arrival, your connecting flight is still unlisted on the departures monitor. Wander around in search of someone to inquire with, follow the clues and you eventually come across the United Airlines Transit Desk. An agent hands you a slip of paper with confusing directions as he points you in the general direction where to go. You get lost anyway.

By the time you arrive at the Tom Bradley International Terminal, you are fairly tired and frustrated. Sit and relax in James' Beach between gates 133 and 131, even after the waitstaff's dismissive attitude towards your request to tune their television on the Confederations Cup semi-final, a colossal matchup between Mexico and Germany. By halftime, the airport monitors have yet to display the gate information for your flight. Websites such as FLIGHTSTATS are integral for your transit through LAX.

For long overnight flights such as Los Angeles to Taipei, an aisle seat is recommended. Not only does it allow you more space, it is also easier to get up and stretch or use the restroom. Whatever frustration you experience going through LAX is soon forgotten, as EVA Airways makes things as pleasant as possible on the plane, from the terrific service by polite, respectful, and helpful flight attendants to the excellent gourmet meals (as far as airline food is concerned), to the entertainment system offering films and music from all over the world, including newly released movies as well as classics. Its safety, service, food, and entertainment system together make EVA Airways one of this blog's top-rated airlines. EVA makes up for the United Airlines leg of your trip.

In this edition of your own personal in-flight film festival, watch Get Out. The directorial debut of Jordan Peele presents the issue of racism through the medium of horror. While this landmark film is a must-see, it is not recommended for viewing over lunch, the main entree of which is braised chicken with sundried tomato sauce. 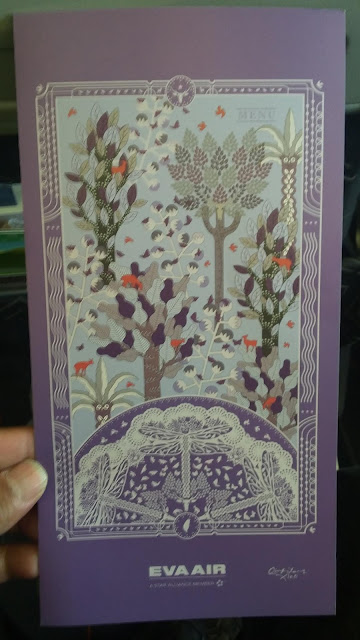 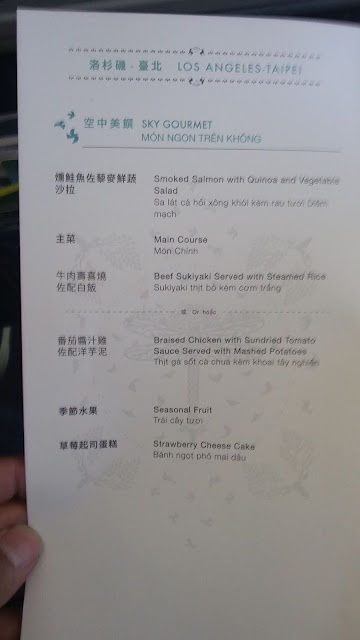 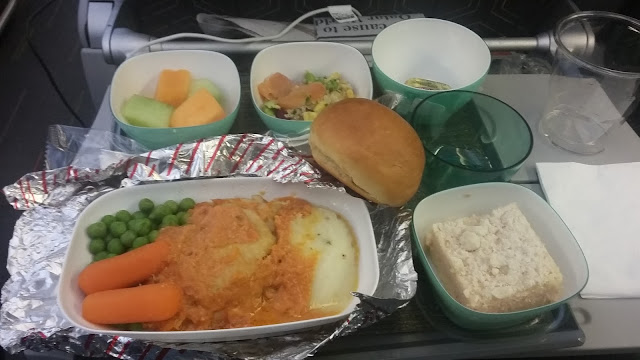 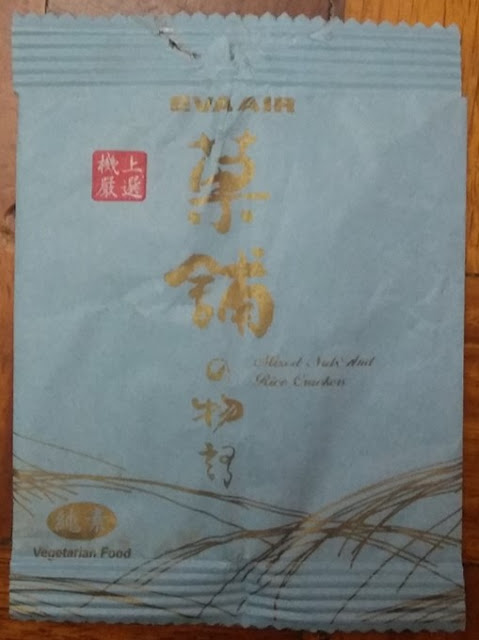 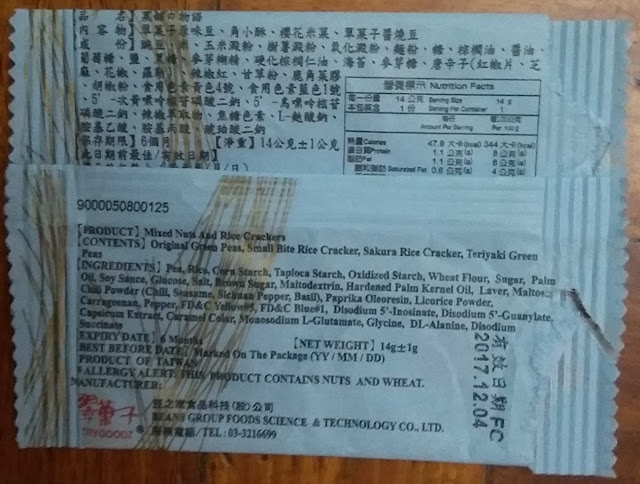 After a short nap and a snack, continue your personal film festival with the 2013 Ilo Ilo, about the relationship between a young Singaporean child with a few behavioral issues and his family's new Filipina maid whose main responsibility in the household is his care. This first film by Anthony Chen explores the complex lives of overseas Filipino workers (OFWs), often forced by economic conditions to take jobs in foreign countries where they are not always treated equally and are often looked down upon, despite their hard work and loyalty to their employers. The winner of numerous awards at film festivals around the world, including the Camera D'Or at Cannes, Ilo Ilo features a powerful performance by Koh Jia Ler, who plays Jia Le the young boy. But it is the portrayal of Jia Le's nanny by accomplished actor Angeli Bayani which makes this film unforgettable, and further deepens your contemplation of the plight of the Filipino poor.

A couple of hours before landing in Taiwan, savor the traditional Chinese breakfast of congee. In the absence of fresh lime and soy sauce (the way a Filipino would eat it), sprinkle some of the shredded sailfish on top to add a soft salty texture. 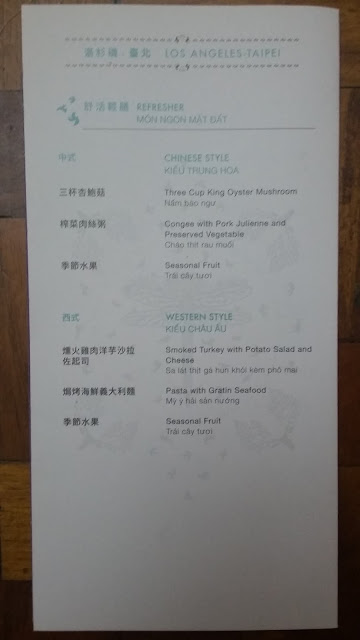 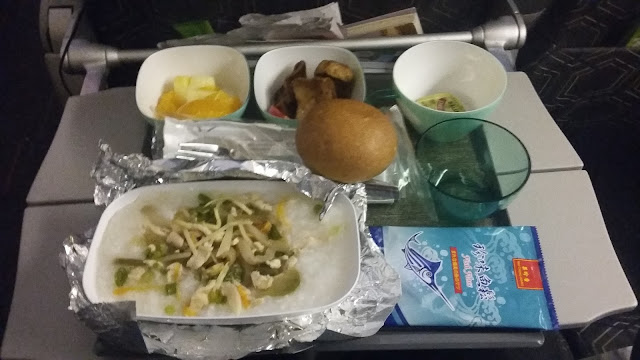 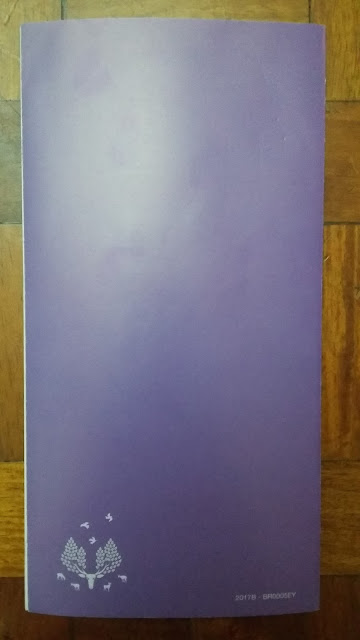 After the terrible hosting by LAX, find Tao Yuan International one of the most welcoming airports you ever encounter. Despite being one of the busiest hubs in Asia, Tao Yuan is comfortably easy to get around. Indeed Tao Yuan should be a model airport for cities around the world, and if you have time to explore, many surprises await you... 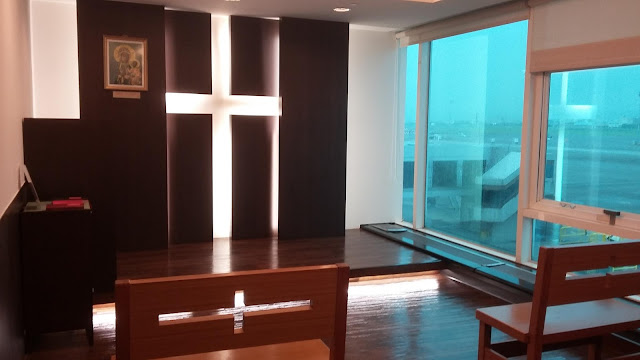 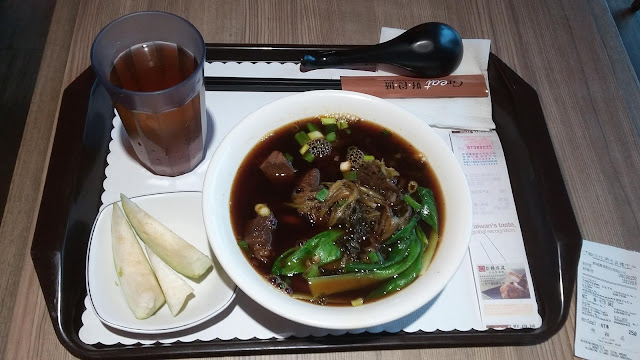 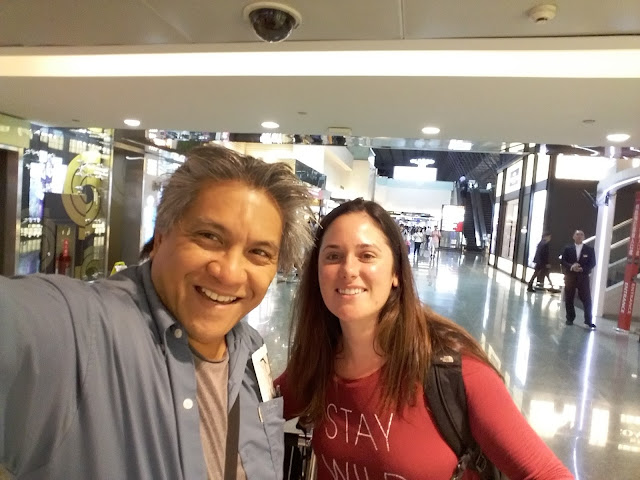 After stamping and dropping off post cards at the information desk, be surprised to hear your name called as you make your way to your designated gate of departure. Turn around to see a former colleague with whom you worked for a year teaching refugee students at Las Americas Middle School in Houston. She moved to Taiwan to teach after her stint at Las Americas and is now on her way back to Houston. After a brief exchange of updates filled with utter disbelief at what seems such a random encounter, you each head towards your respective gates. Through a lifetime of traveling, you have learned that such serendipity is not without purpose. 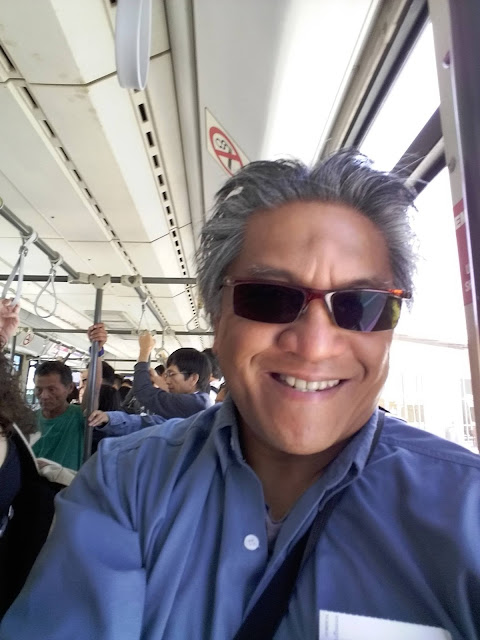 The shuttle taking you from the Hello Kitty gate C3 across the tarmac to the plane is packed with passengers. As you leave Tao Yuan, you cannot help but smile in anticipation of what lies ahead as your journey unfolds...

"Life is not a journey, but a pilgrimage..."
- Kokoy Severino has been in a constant state of travel since he was four years old. 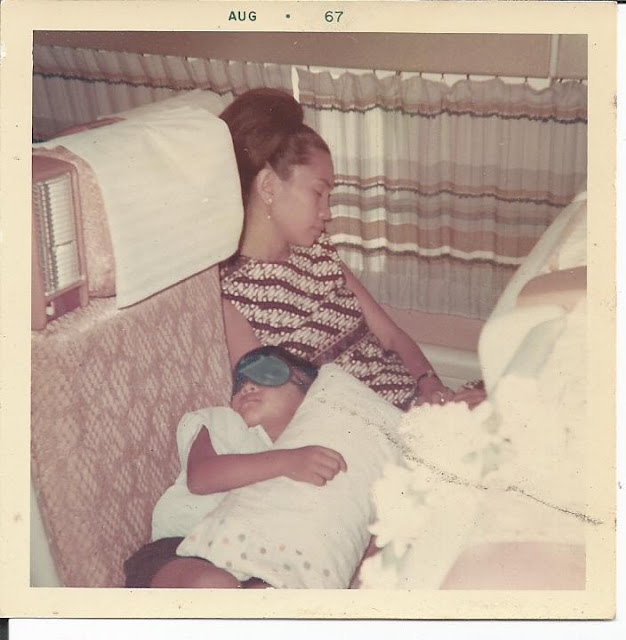 Kokoy
"Life is not a journey, but a pilgrimage..." - Kokoy Severino has been in a constant state of travel since he was four years old.